«The Aloe of Madagascar» 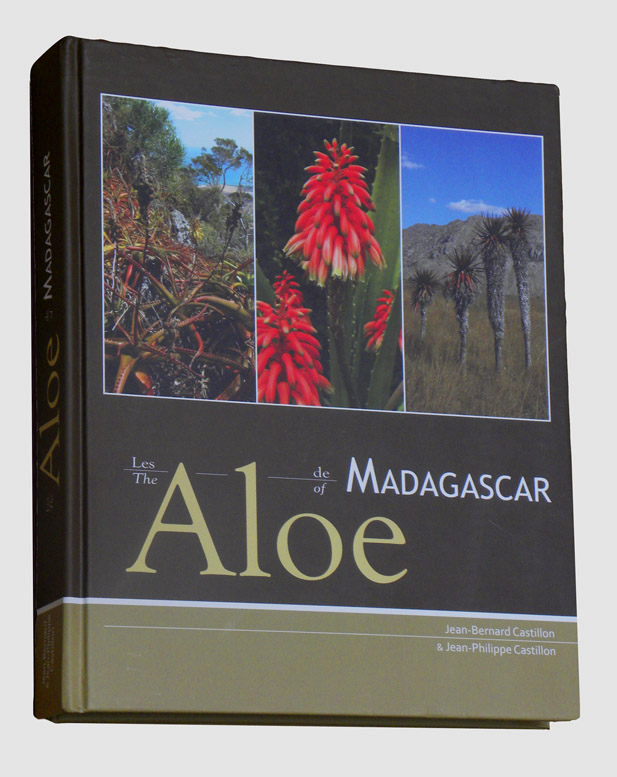 is a 400 pages book, bilingual English-French, copiously illustrated, result of a dozen years of exploration throughout the Red Island.

Since 1960, date of publication of the last work dedicated to Malagasy Aloe (Reynolds’ « The Aloe of Tropical Africa and Madagascar » ), more than 70 new taxa were described by numerous authors in numerous magazines, but no overall treatment of these recently described plants exists at present.

This work is there to fill up this lack.

It recapitulates the 110 species and 50 infrageneric taxa accepted nowadays, corrects errors of synonymy, undertakes some changes of status, and in that sense may perhaps be considered as a little revision of the genus in Madagascar.

However, this book is above all intended for collectors and succulent lovers. We avoided long scientific descriptions, and prefered to show as many colour photographs as possible (more than 1000), most often taken « in situ » and in the type localities of the plants every time it was possible. This book should so allow a quick and easy identification of the majority of Madagascan Aloe.

At last, an additional chapter dedicated to Indian Ocean Aloe, the malagasy origin of which is unquestionable, was added at the end of the book.

You will find in this site an index of described Aloe, containing some downloadable pages, as well as the contents of the book and an online order form.